After spending some time at Shaw’s Hiker Hostile in Monson, ME Andrew, Stryker and I went to Boston for a couple nights to see the city.  Boston is a cool town.  Probably just like any big city, they have a lot going on.  We ate at a few really good restaurants (Original Cheers bar, and Union Oyster House–the oldest continuous serving restaurant in the US) and took a Duck Boat Tour around the city.  Overall, a good trip.

At the beginning of the 100-mile Wilderness, I told myself that one of the things I wanted to work on in life was enjoying the journey, not just the beginning or end of it.  One of my favorite philosophies was always, “You can’t get it over until you get it started.”  Too many times in the Army, I told myself, “If I can just get through this field time, or deployment, or this assignment, whatever… things will be better.”  In doing so, now, I look back on a large part of my life and realize two things.  First, I didn’t enjoy much of my time in the Army, and secondly, I missed out on a lot of life as I moved ahead without stopping to smell the roses.

During the 100-miles, I realized that what I was enjoying most about it was the ability to share with my son many of the feelings I’ve had in the Army, feelings like, “Embrace the suck.”  I chuckled so many times to myself as I listened to him grumble about mosquito bites, rocks, his pack, his back, knees, ankles, shoulder, etc.  Does this make me a bit evil?  Maybe. Towards the end, I was once again saying, “Shit, just ten more miles.  Let’s get it started so we can get it over with.”  I realized at that point that hiking the AT wasn’t how I wanted to spend my summer.  I thought it was, but nope, not for me.  I am proud that the three of us completed one of the most challenging sections the AT has to offer, the 100-mile wilderness.  I’m heading back to one of the most beautiful areas I’ve been to, Colorado Springs to enjoy my first full summer with my fiancé, Ashlynn, Riley, Alexandra (coming back from Chili) and Andy-Roo.  Did I mention CoS has over 35 breweries?

On the trail, it was hard to relax and think because every ounce of brain power was utilized in concentration on where you were going to put your next step.  That being said, I did spend some evenings in my tent pondering some of the amazing people I’ve had/have in my life that I’ve met throughout my time in the Army.  I’m thankful for amazing friends like Tony Thies, Augie Haro, Robert McCormick, Farmer, Clint Kupari, Robert McKibben, Scott Krampitz, Tonya Blackwell, Don Caughey.  I’m thankful for some amazing leaders and mentors as well, Jon Drake, Rafferty, Lloyd Cole, John Johannes,  BJ Hennessey, John Ring, Sam Hilton, Anthony Funkhouser, Michael McGurk, Jim Eakin.  I’m thankful for the many Soldiers/ Leaders that helped make my last 28-years of service successful and memorable, Charles Webb, Alex Wilbur, Anthony Sickelka, Nathan Whittenberger, Jose DeJesus, Kevin Kirbly, Matt Childs, Justin Candelaria, Joe Balvanz, Pierre Fuentes, Bauman, Larry Leach, SGM Johnson (my 1SG), Tim Dwyer, Tim Easton, Zoe Elyse, Bill Reilly, Lauro Perez, Danny Padilla, Andrew Wilson, Ben Arata, Scott Macmillan, The MRB Team, the CIMT Team, Soldiers of the Apocalypse, the 562nd EN CO, 5/2SBCT and C CO, 2ABCT, 4ID to include my MICO guys.  To my children, Andrew and Alexandra, your sacrifice did not go unrecognized.  Thank you. 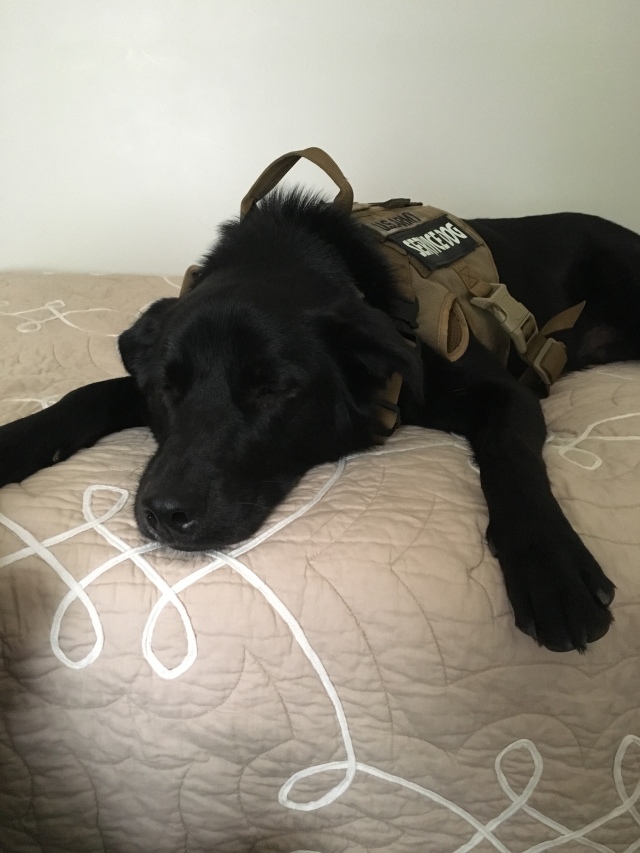 4 thoughts on “What’s Next”

After 28 years of service, Kelly felt his decades of dedication to his country and the sacrifices of his fallen brothers who are unable to make the journey with him, deserved a dramatic punctuation.

Adventurous, athletic, thoughtful and more than a little competitive, he decided to take on the Appalachian Trail.

Join Captain Leaverton and his dedicated, furry companion Stryker as the two set out to find meaning post-military and to walk purposefully into the second act of a life well served.

By purchasing gear through this link, (http://bit.ly/2OYyHEo), you’ll get a 40% off discount for Medera hammocks – an environmentally-sound, innovative hammock and gear company. It’s simple, copy and paste the above link into your browser or click the Madera link to the left and during checkout use discount code MADERA40.