Most of you should’ve just received a reminder about the blog via text or e-mail.  I know, I know, it’s been a long time since I’ve made an update.  But, you know how it goes, you have a plan and then life happens.  However, now, I’m two days away from starting the AT and my adventure.  Here are some of the things that have changed since my last update:

As far as train-up, Stryker and I have been forced to do local hikes as Colorado has received record snow this year.  For the first time in 20 years, the entire state is no longer in drought.  Some of the hikes we’ve done have been at the Garden of the Gods, Red Rocks Canyon Open Space, and Falcon Trail on USAFA.  I’m feeling pretty good as all of our preparation was at an elevation of 6K feet or higher.

Okay, Stryker and I will fly to Bangor, Maine very early on 4 June.  Andrew will take a later flight that same day.  From Bangor we will bus to Medway and then take the AT lodge shuttle from Medway to the lodge in Millinocket where we will stay prior to starting the 100 mile wilderness on 5Jun.  We will begin at Abol bridge.  Unfortunately, Baxter State Park is closed until 15Jun and with our condensed timeline, we can’t afford to wait to do Mount Katahdin.

Stay tuned.  My next blog will be from Maine!!!

One thought on “Almost time…” 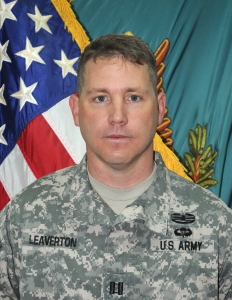 After 28 years of service, Kelly felt his decades of dedication to his country and the sacrifices of his fallen brothers who are unable to make the journey with him, deserved a dramatic punctuation.

Adventurous, athletic, thoughtful and more than a little competitive, he decided to take on the Appalachian Trail.

Join Captain Leaverton and his dedicated, furry companion Stryker as the two set out to find meaning post-military and to walk purposefully into the second act of a life well served.

By purchasing gear through this link, (http://bit.ly/2OYyHEo), you’ll get a 40% off discount for Medera hammocks – an environmentally-sound, innovative hammock and gear company. It’s simple, copy and paste the above link into your browser or click the Madera link to the left and during checkout use discount code MADERA40.